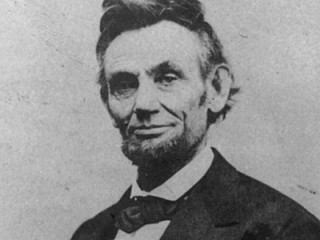 Abraham Lincoln rose to national acclaim in no small part because of his ability to tell a story so well that others wanted to repeat it…. and could. Isn’t that the ultimate goal of media outreach?

In her prize winning novel Team of Rivals, Doris Kearns Goodwin elaborates about the political genius of Abraham Lincoln. In the mid 1800’s as Lincoln laid the groundwork for his rise to the White House, he made his living as an attorney traveling the law circuit town by town with other lawyers and judges.

All concerned parties including jury members, witnesses, clerks, and the travelling judicial team, would gather for meals together at the local tavern while justice was expedited. This social media platform of the day, located frequently near the fireplace, was where Lincoln would be summoned to tell his tales.

Goodwin reports once Lincoln took center stage, he was transformed from a man who was often described as melancholy looking, round shouldered and lumbering to an animated figure whose “eyes would sparkle with fun.”  She goes on to quote an old timer who remembered, “And when he had reached the point in his narrative which invariably evoked the laughter of the crowd, nobody’s enjoyment was greater than his.”

Lincoln’s humor was captivating and engaging. His ability to laugh was a conduit and catalyst to communicate his message; very human and very effective.

Coupled with his well-researched content, it is also true Lincoln could use his considerable skills as a public speaker, sending his high-pitched voice soaring through the expanse of a large crowd to spread his message. His reputation as a speaker was the foundation of his brand journalism, along with the texts of his speeches that were frequently reported in multiple newspapers.

But it was his humor that endeared him to his supporters. If you are fortunate to view Daniel Day Lewis’ portrayal of Lincoln in the new Steven Spielberg film, you will see him reincarnate one of Lincoln’s favorite stories, lifted directly from Goodwin’s book upon which the film was based. I offer it to you verbatim as written in her book now:

“War hero Ethan Allen “had occasion to visit England,” where he was subjected to considerable teasing banter. The British would make “fun of the Americans and General Washington in particular and one day they got a picture of General Washington” and displayed it prominently in the outhouse so Mr. Allen could not miss it. When he made no mention of it, they finally asked him if he had seen the Washington picture. Mr. Allen said, “he thought that it was a very appropriate [place] for an Englishman to Keep it. Why they asked, for said Mr. Allen there is Nothing that Will Make an Englishman Shit So quick as the the Sight of Genl Washington.”

I invite you to hear Daniel Day Lewis tell the story and afterwards I suspect you too will  want to repeat it and will be able to do so with gusto.