Foreign investors looking to acquire an interest in small and midsize U.S. companies face a big hurdle that can influence the economics of their negotiations and profoundly impact the value of their investments, and it’s the U.S. tax structure.

Understanding the Process of an M&A with Foreign Investors

by Ahvi Spindell | November 26th, 2013
When American companies are approached by foreign business looking to merge, acquire, or strategically invest, understanding the process can do much to ensure the best possible deal. READ MORE:

by Ahvi Spindell | November 19th, 2013
Several weeks ago, President Barack Obama touted the benefits of foreign companies of investing in U.S. businesses, declaring that the U.S. is “open for business.” A new study shows that foreign companies that have made investments in the United States have had an “outsized impact” on the American economy. READ MORE:

The Affordable Care Act (ACA) fails to address the insurance concerns of small business owners, most of whom are paying higher premiums this year than in 2012, a business advocacy association maintains. But what’s unclear is just how much those price increases are due to the ACA. READ MORE:

Ports and Waterways Bill Could Accelerate Funding for Infrastructure Projects

With strong bipartisan support, the House Water Resources Reform & Development Act (WRRDA) of 2013 passed last month. A similar bill by the Senate passed in May. Together, the bills indicate that there is wide recognition among policymakers that the nation’s waterway infrastructure needs to be repaired and modernized. READ MORE:

The health care mandates under the Affordable Care Act (ACA) have posed a challenge for small manufacturing businesses that look to or are hoping to expand. In response, many staffing firms are stepping up to offer specialized services that can help the businesses save money while complying with the law. READ MORE

Industrial Espionage Threats to SMEs Originate from Within

The former president of a transportation company in Texas was sentenced in federal court last month to five years in prison for hacking into his former employer’s computer network and stealing proprietary business information he intended to use for his start-up. The case underscores the fact that much like major corporations, small and medium-sized enterprises (SMEs) are targets for industrial espionage. READ MORE 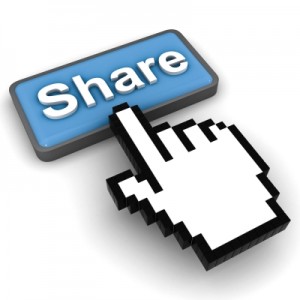 Using Social Media to Minimize the Impact of a Recall

In the event of a manufacturer’s recall, fixing a damaged product may be the least of the concerns that needs to be addressed. Customer safety and brand reputation that could impact the bottom line for a long time could be at stake. The good news is that social media has redefined how manufacturers can effectively manage such a crisis. READ MORE

How to Implement Automated Software Solutions for Manufacturers

One of the big incentives to use automated software solutions for manufacturers is the desire to expand capacity and serve more customers, which translates into increased sales. But finding the right software and implementing it can be a challenge.  READ MORE

Hiring Pitfalls of Expanding Overseas and How to Avoid Them by Ahvi Spindell | September 24th, 2013

When a U.S. manufacturing company is ready to expand overseas for the first time, executives frequently underestimate the complexity of international human resource issues. They may not know the right questions to ask or the things they need to think about to avoid the pitfalls that await. READ MORE

How to Improve the Accuracy of Sales Forecasting

An accurate sales forecast helps businesses manage inventories, identify market trends, determine staffing levels, and set business goals. So what do companies have to do to get sale forecasts right? READ MORE

by Ahvi Spindell | September 3rd, 2013
There has been much buzz surrounding a Boston Consulting Group (BCG) study released last week that suggests a growing U.S. cost advantage in labor and energy could help the U.S. capture $70 billion to $115 billion in annual exports from other nations by 2020. Given that manufacturing in the U.S. has not enjoyed a robust ride over the past few years, IMT checked in with some noted economists for their perspectives on what may or may not be encouraging news. READ MORE

by Ahvi Spindell  August 20th, 2013
Chinese dominance of the rare earth minerals (REM) market is forcing manufacturers to seek alternatives to the substances. Of particular concern are rare earth magnets, which are used in the manufacture of products ranging from smartphones to electric motors. READ MORE

In the global competitive market, U.S. companies are often up against other foreign exporters supported by strong financing from their governments. How can American manufacturers be more competitive when they export? What will it take to succeed? READ MORE

Is the Current Pace of Economic Growth the New Normal?

President Barack Obama began his economic policy tour last week, emphasizing the need to rebuild the manufacturing base, educate the workforce, and get the economy back on track. But with unemployment over 7.5 percent for more than 54 months, is it even realistic to expect a GDP growth rate over 3 percent and unemployment under 6 percent anymore? Is this the new normal?  READ MORE

Should Manufacturers Use Big Data to Prevent Cyber Attacks?

Manufacturers have become highly attractive targets for cyber attackers, which can steal and sell the huge amounts of data they produce. But manufacturers can fight back by using Big Data, tying together supply chain systems, functionality, and network information to gain meaningful insight into security flaws and events.READ MORE

Are Manufacturers Ready for the Industrial Internet?

Manufacturers’ business models and competencies will have to evolve to take advantage of the Industrial Internet. The rewards promise to offer tremendous value to those companies that can adapt and produce machinery and equipment for it. Read more

How Can Manufacturers Reduce the Risk of Dust Fires and Explosions?

Conditions Are Ripe for Manufacturing Entrepreneurs

Early-stage entrepreneurship is at its highest level in more than a decade. More interestingly, Americans believe there are good opportunities for starting manufacturing businesses. Read more

By  Ahvi Spindell           |           June 11th, 2013
Now that the connection between managing data and higher performance has taken hold in leading organizations, businesses are looking into how to measure the effectiveness of their Big Data strategies. Read more

What Are the True Costs of Offshoring?

There is a growing trend to reshore manufacturing back to the U.S. as managers re-calculate and compare the true total costs of production. Still, there is a range of hidden metrics that are not factored often enough when determining where to produce goods. Read more

Self-Driving Vehicles Could Change the Way We Think of Cars

Every major auto manufacturer and top-tier supplier is working on self-driving autos  and they may be here sooner than you think. As technology inside and between cars becomes increasingly more sophisticated, the potential for driverless automobiles raises new questions about the road ahead. Read more

Detroit Electric has announced its return to the Motor City, the birthplace of the electric vehicle, touting the creation of new jobs and a range of exciting 100-percent electric vehicles. Can an innovative electric car manufacturer revive a brand after an absence of over 70 years and navigate a highly competitive market?  Read more

They were all women living with physical disabilities and they gathered together to learn, connect and share on a deeper level than is rarely afforded them individually, if at all. http://www.spinalcord.org/tuning-in-to-the-power-from-within/ 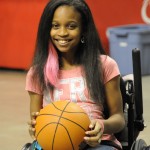 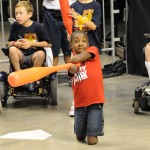 Photos and Story by Ahvi Spindell
The VIP Suite at the Wells Fargo Sports Center in South Philadelphia, usually reserved for the rich or famous, was at full capacity for lunch as the winning raffle ticket number was read aloud to those kids and their families attending the 7th Annual Kids Sports Spectacular (KSS) hosted by United Spinal Association.  http://www.unitedspinal.org/spectacular-kids-spectacular-sports/