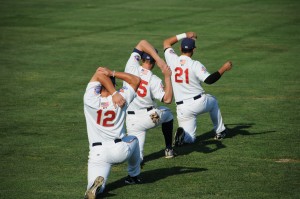 Working with tech support agents is not unlike a major league batter facing a formidable pitcher. It takes a couple of at bats until you can figure out how to successfully make contact and perhaps even get on base.

After adding a new Dell laptop (with MacAfee Anti-virus) to my office LAN (local area network), the new computer could not communicate with the Canon printer. Communication from the technical support representatives was also less than spectacular.

It began with the very slow and cumbersome process of introductions; providing an email address, telephone number, and name on the account, while the agent slowly repeated all of the information with the chanting of letters — S as in Sam, P as in Peter, I as in India — you get the idea. I quickly learned to save precious time; I did the repeating at a New Yorker’s pace. 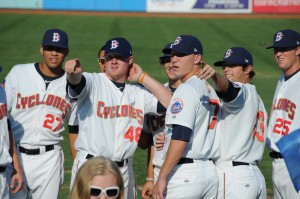 The agents taking control of the computer via the internet was the next challenge. They will click and move the mouse so quickly; network details and many other critical computer settings can change in the blink of an eye.

That fastball had to be stopped right away. I negotiated an agreement with the agents whereby they would go slowly enough, so I could actually follow the steps they were taking and not change anything without my OK.

That is where the “learnin’ process” as they say in the minor leagues took place. I could now make deductions as to what might really be going on in this game of trying to hit tech support curve balls. 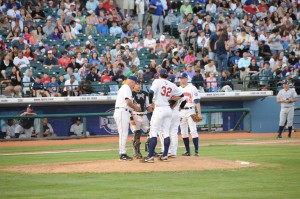 However, the most vicious slider was “passing the buck”; the tactic Dell, Canon and MacAfee employed to put me on a frustrating cycle of telephone calls; trading me off to the other companies’ tech support departments in search of a solution.

Fool me once, fool me twice but during my third time at bat, I locked into the zone.

After hours of repeated telephone conversations with tech support reps and their senior supervisors, I zeroed in on my third MacAfee Ant-virus technical supervisor.

I fouled off all his pitches until the count was full (“Been there, Done that”) and he had no choice but to allow me to verbally direct him in the direction I wished to employ, albeit with his assistance in navigating the fine details.

How was it resolved? Delete McAfee from the computer (not just turn off the firewall), re-install the Canon driver and then re-install MacAfee.

The support desk operatives often have a hard time really listening. They assume you have little technical understanding about their product and will grind you down with the protocol messaging provided to them from the dugout of their company.

Information has to be evaluated, comprehended and communicated in order for it to be effective and useful.

Taking charge of the tech support conversation is the responsibility of the consumer. Otherwise, one risks getting lost in the shadows that cover the field late in the game and then it’s no fun at all. 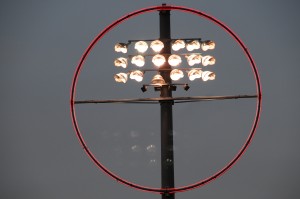 Note I did go into extra innings negotiating compensation from McAfee. Two extra months added to the service contract.

So much for the tech support playoffs. Frankly, I’d rather be watching the game on TV.

3 thoughts on “Baseball and The Art of Technical Support”